Denali National Park in an RV 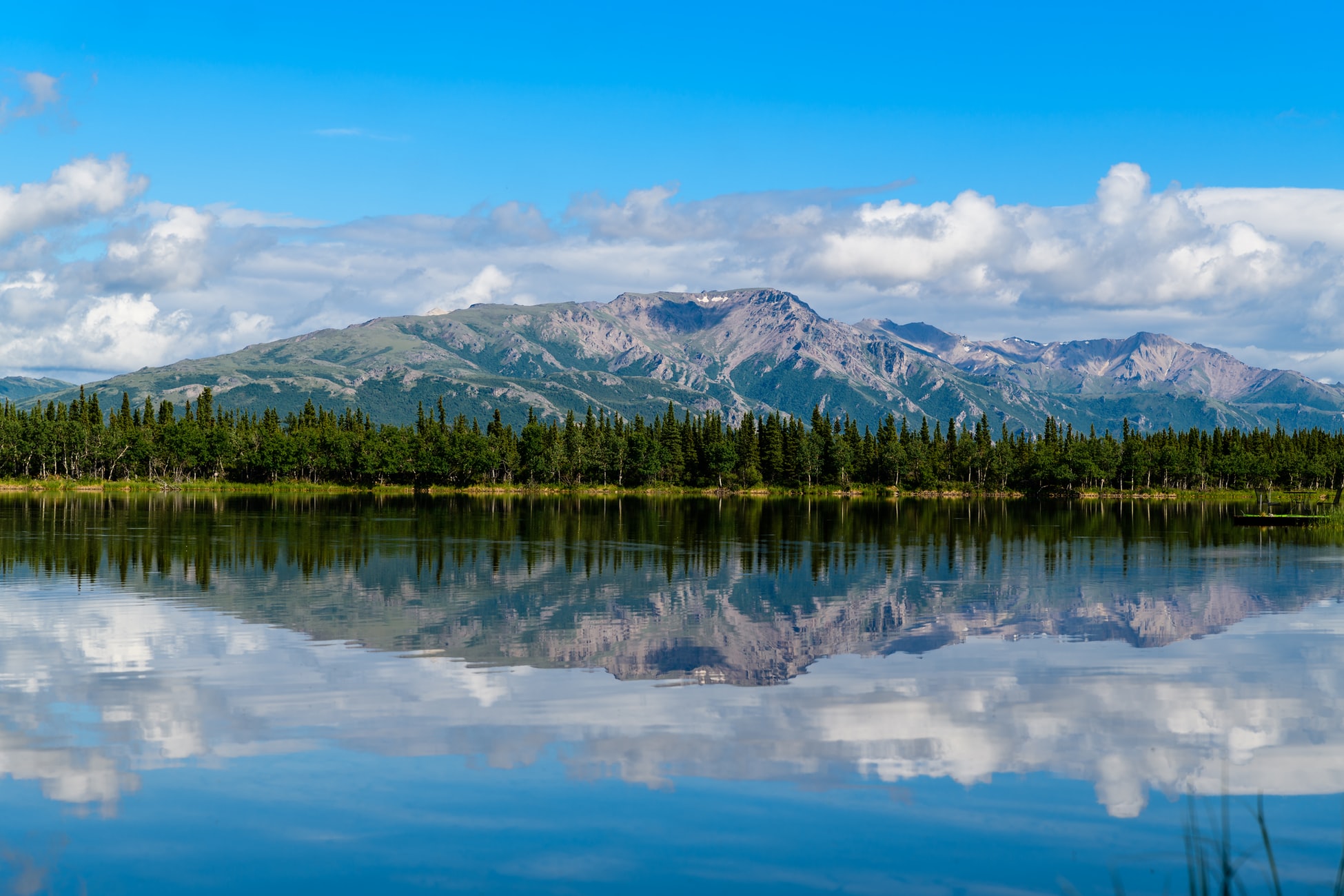 Denali National Park covers six million acres of untouched wilderness, from the highest mountain peak in North America to alpine tundra and boreal forests. The rugged landscape has been carved out by thousands of years of glacial advances.

A driving force behind Denali’s establishment in 1917 was to protect the Dall’s sheep from being over hunted. The effort has been successful and today Alaska’s white sheep are still prevalent within the park and can be seen climbing high on ridges and craggy slopes.

The park has witnessed over 11,000 years of human history and in the more recent 500 years, the park was inhabited primarily by the Koyukon, Tanana, and Dena’ina people. There is still a strong cultural presence of native communities who actively subsistence hunt, trap, and gather here. One of the most unique aspects of Denali, setting it apart from so many other national parks, is its trail-less wilderness. The choice to not develop an extensive trail system has helped the park hold on to its feeling of unexplored remoteness and allows for a choose-your-own-adventure backcountry hiking experience.

The spring season is very short in Denali. Late April to early May can see low temperatures below freezing or high temperatures of 40-50°F (5-10°C). In some years spring may not come and winter temperatures may persist until the beginning of summer. The National Park limits services and activities at this time.

Summer months in the park typically include late May through to early September.

Temperatures range from 33-75°F (0-24°C). Expect sun, clouds, wind, and rain all within the same day. Although it is uncommon, snow can fall at any time especially at higher elevations. Summer is the only time of year buses are operating in the park. From mid-May to early June temperatures are cooler and you will see fewer visitors often resulting in special rates for some lodging and activities.  From June to July you will have warmer temperatures and over 22 hours of daylight around the summer solstice. August to early September sees warm days and cool nights. On clear nights it is possible to see the Aurora Borealis.

Fall is a short period in Denali. Late September and into October temperatures vary widely with lows at or below freezing and highs well above freezing. Foliage colors will change from green to reds and yellows. The National Park limits services and activities at this time.

Expect extremely cold weather between late October until March. Prepare for low temperatures past -40°F (-40°C) and warm days could bring highs above 20°F (-29°C). Snow begins to accumulate in late October and park rangers may close the roads at this time.

Getting To / Around Denali

The park has only one road which is 92 miles (148 km) long-running east to west. This road has one entrance at the eastern end of the park where Denali Park Road meets Alaska Highway 3, “George Parks Highway”, at Mile 237. During the summer months, there are daily train and bus services running into the park from Anchorage and Fairbanks.

Fairbanks AK- Fairbanks International Airport (FAI). The drive from Fairbanks to the Denali Visitors Center is 123 miles (198 km) and takes 2 hours 17 minutes via the AK-3 S.

From May 20-mid September visitors are welcome to drive the first 15 miles of Denali Park Road until Savage River at which point travel is limited to narrated or non-narrated buses to see the park.

It’s always a good idea to start off any National Parks trip with a stop at a visitor center. At the centers, you can speak to rangers, watch the park film, view exhibits on the park’s natural and cultural history, join a ranger-led program, pick up your backcountry permits, or shop for books or maps.

Denali Visitors Center is located at mile 1.5 of the Denali Park Road near the park entrance. Open in the summer months only. Here you will find a restaurant, gift shop, bag check, bus stop, and railroad depot.

Murie Science and Learning Center is located at mile 1.4 of the Denali Park Road. This building promotes stewardship and science and acts as the visitors center in the fall, winter, and spring.

The Eielson Visitor Center is located at mile 66 of the Denali Park Road. This center is open in the summer months only and has ranger-led programs and a gallery.

Things to Do and Main Attractions in Denali National Park

One thing that makes Denali so unique is its trail-less wilderness. There are only a few marked hiking trails that are located near the two visitors’ centers. This limited trail network allows visitors the freedom to have a more remote backpacking experience that can be as easy or advanced as you choose.

You can rent bicycles outside of the park and used to bike the 92 miles (148 km) long Denali Park Road. The road is paved until mile 15 at which point it changes to gravel and traffic decreases significantly. Backcountry camping and cycling is an option as well but requires proper permits.

Wildlife viewing is not guaranteed but it is possible to see iconic large mammals such as grizzly bears, black bears, wolves, caribou, moose, and Dall’s sheep. Some of the more easily seen small mammals include arctic ground squirrels, red squirrels, foxes, and marmots. Birdwatchers may see golden eagles, arctic warblers, and gyrfalcons among many others. The more time you spend exploring the park, the greater your chances of spotting the more elusive animals.

By joining a ranger-led hike, you can explore the taiga ecosystem and learn more about the flora and fauna. Rangers also offer daily sled dog demonstrations in the summer. You can meet the park’s Alaskan huskies or attend a ranger-led mushing demonstration to learn about Alaska’s traditional mode of travel.

To truly grasp the expanse of Denali consider taking a flight tour and fly over the peaks, glaciers, and possibly glimpse mountaineers attempting to summit the mountains.

Denali During the Winter

For those who are willing to brave the cold, the winter months provide many opportunities for activities. Travel through the park in the most traditional way, behind a team of sled dogs. The locally-run Denali Dog Sled Expeditions is the only local business that is permitted to run guided mushing trips into the park. The Park permits winter camping in a section of Riley Creek Campground and is free of charge in the winter months. Viewing the Aurora Borealis may be possible if it is a clear dark night.

Where to Stay in Denali

There are six campgrounds located within the park. Riley Creek, Savage River, Sanctuary River, Teklanika River, Igloo Creek (tents only), and Wonder Lake (tents only). Prices range from $12-$27 per night in the summer and camping is free in the winter months (late September to early May).

There are four backcountry lodging options at the end of the park road in the remote Kantishna area. Camp Denali & North Face Lodge, Kantishna Roadhouse, Denali Backcountry Lodge, and Skyline Lodge. These lodges are ideal for those who wish to stay within the park and keep their luxuries. All of the lodges are on private land and are not owned by the National Parks Service.

Outside of the park but nearby to the entrance, there are a variety of lodging options from a bed & breakfasts, hotels, lodges, and cabins. 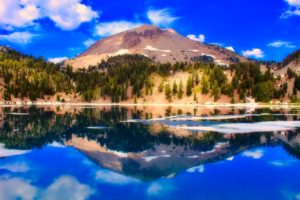 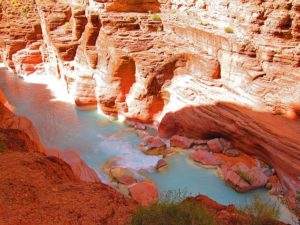 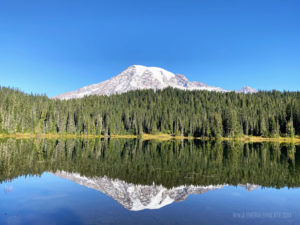