San Francisco is the friendliest and artsiest city in the US. Here are seven things to make sure you do when in ‘Shaky Town’. 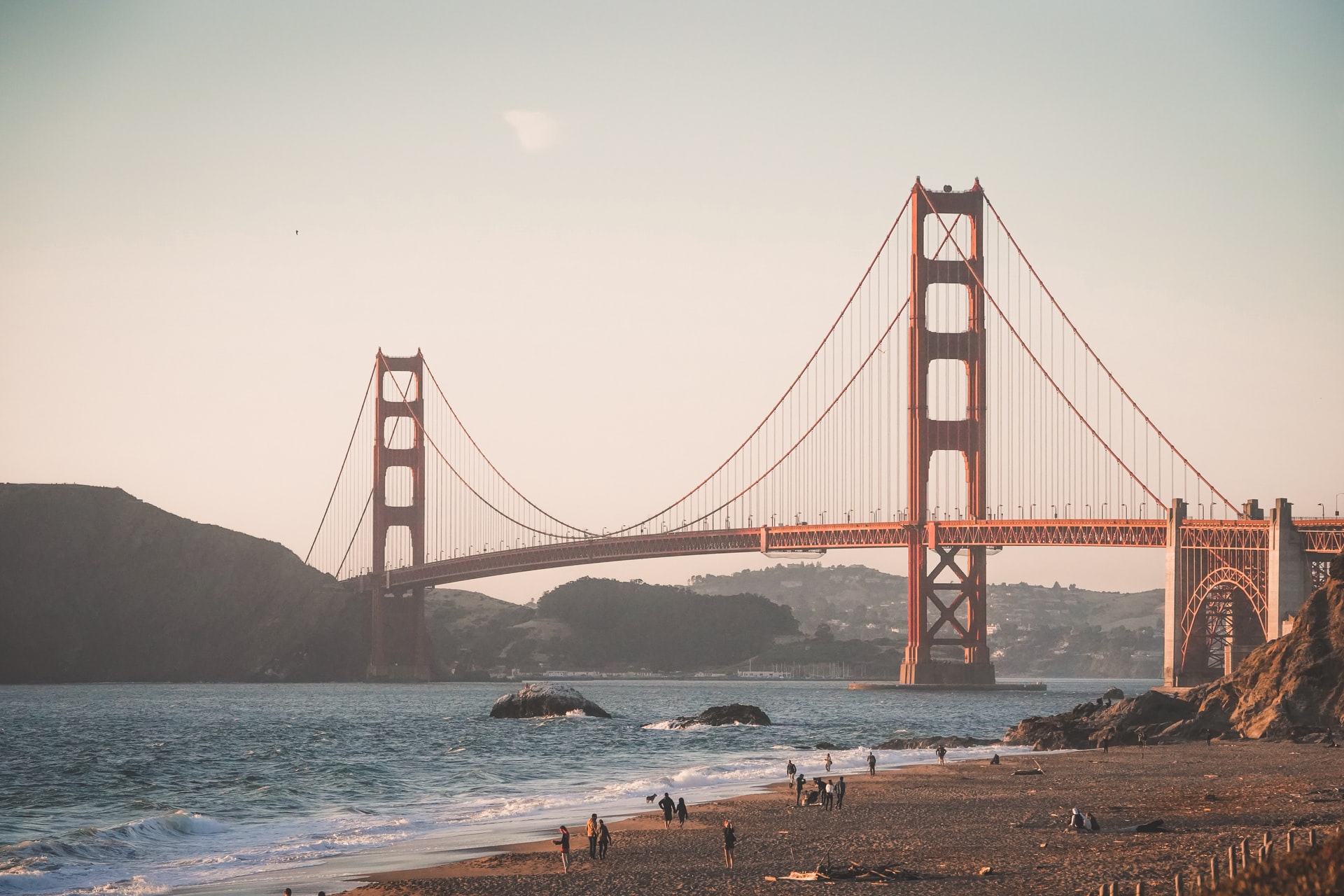 San Francisco is the friendliest and artsiest city in the US. There are so many things you need to make sure you do when in ‘Shaky Town’.

This famous bridge is possibly the most well-known thing about San Francisco, and it merits a visit for sure. Put on sunscreen for your walk across the famous bridge or else you will end up with an asymmetrical burn, still worth it though!

With its 748 foot towers and sweeping cables, the bridge was finished in 1937 and is now one of the most photographed bridges in the world. Over 10 million people a year visit the bridge. Hike the trails of Golden Gate National Park which are located at both ends of the bridge. Or visit the Bridge Café for a healthy snack featuring local cuisine.

A must is a visit to the Round House which has a photo booth that, with the help of a green screen, will put you atop the south tower or climbing the main cables hundreds of feet above the ground. You can also take a personally guided tour and learn the history of the Golden Gate Bridge. The best time to visit the Golden Gate Bridge is May/June or September/October as you should be sure to avoid the fog that is common during the summer and winter months.

Fisherman’s Wharf is home to some of the best cuisine in the world. Sit and enjoy a meal in one of the fine dining restaurants or stop at one of the crab shack for fresh Dungeness crab or enjoy a bowl of seafood chowder in a sourdough bowl. Now that you are full, sit back and watch the street performers, clowns, jugglers, mimes, musicians, and fire eaters, but watch out for the Bushman as he scares unsuspecting people. Here you will find a little bit of everything San Francisco has to offer.

San Francisco’s cable car system is the last manually run cable car system in the world. Running since 1873, you can now take a ride on one of these cars from Union Square to Fisherman’s Wharf. Visit the Cable Car Museum at 1201 Main Street, San Francisco California 94108 for a free ride through history as you learn about the inventor, the technology, and the bell ringing contests.

The famous former prison can only be reached by ferry. Once you arrive you will receive a head set and a recording to listen to the tour at your leisure. The story about the prison escape is the most interesting. Outside you can walk around the island and enjoy the grounds. A truly unique and eerie National Historic Landmark.

Also known as “The Rock”, Alcatraz Island can be seen 1 ½ miles offshore of San Francisco. This island was once a lighthouse, a military fort, a military prison, and a federal prison housing some of the world’s most notorious convicts such as Al “Scarface” Capone and the “Birdman” Robert Stroud. Now Alcatraz Island is home to many rare flowers and plants, marine life, and thousands of sea birds. Make sure you allow at least 2 ½ hours from the mainland back to the mainland to make sure you have enough time to take the Cellhouse Audio Tour and explore the island and see the historical exhibits.

This little slice of heaven feels completely isolated from the city and you will have a less touristy, more authentic experience. There are hiking trails winding around a rugged coastline with hidden gems such as Sutro bath and caves. Located on the other side of the Golden Gate Bridge, it provides awesome views of the city and the bridge, especially from the Cliff House Bar. It gets chilly by the water so dress in layers!

The Golden Gate Park has plenty of attractions to offer but if you are short on time I would recommend the trio of the Japanese Tea Garden, California Academy of Sciences, and the De Young (fine arts) museum, all located in the Music Concourse Area. These are connected by an open-air plaza that is often filled with street performers and artists.

The San Francisco Zoo is home to over 250 species of animals. The Children’s Zoo features a Meerkat and Prairie Dog Exhibit, an Insect Zoo, a Family Farm and so much more to delight the child in all of us. Go on an Australian Walkabout and see the red and grey kangaroos and the wallaroos, you may even be able to see a little joey in its mother’s pouch. Gorillas, lions, grizzly bears, penguins, there are so many animals to see make sure you leave enough time and wear your good walking shoes.

First opened in 1894 for the Mid-Winter International Exposition, this 5-acre garden had been lovingly tended to by Makoto Hagiwara. Makoto was a Japanese landscape architect who made the gardens his life’s passion. Most of the trees and plants were handpicked by Makoto. Some of these trees are over one hundred years old.

There are a few things that you do not want to miss while visiting the gardens. As you enter the Japanese Tea Garden you will notice the gate itself. This amazing piece of architecture has been totally constructed without the use of nails.

The Lantern of Peace is a 9000-pound bronze statue which was given as a gift to symbolize the friendship between Japan and the United States at the end of World War II.

The Japanese Tea Gardens are a great place to get away from the hustle of the big city. Spend a few hours roaming the grounds sipping a cup of Japanese tea and taking in the tranquil scenery.

Visit this botanical garden that houses a rare and exotic collection of plants and flowers. Sit in the beautiful butterfly room and you may be lucky enough to have a butterfly land on you. Or sit and watch one of the carnivorous plants catch a fly that is unlucky enough to land on one of its leaves.

The Legion of Honor Museum was built to commemorate the Californian soldiers who died in WWI. This museum houses 4000 years of history, featuring one of the largest collections of prints and drawings in the country. As beautiful inside as it is outside. Wander around the grounds, through the columns, and to the tranquil fountain. Inside take in the permanent collections of sculptures and figurines from Greece and Rome, and the gilded ceiling from Spain circa 1500.

Drive to the north peak parking lot to take in 180-degree views of the San Francisco area. Why is the area called Twin Peaks? When the Spanish conquistadors arrived at the start of the 18th century, they named the area “Los Pechos de la Chola” or “Breasts of the Indian Maiden”. It was renamed in the 19th century when San Francisco came under American control. If you are feeling adventurous there are 64 acres of park to hike. If you are lucky you may even see the endangered Mission Blue Butterfly.

This sea to stars themed mosaic was created to bring the community of Golden Gates Heights together. It now is the steps that lead up to an amazing view of the Sunset District. The beautiful gardens host native plants including a butterfly garden. The 163 steps are located at the corner of 16th Ave and Morgaga St.

Explore the life and legacy of Walt Disney. Walt’s early drawings are brought to life through innovative technology.

Explore over 650 hands-on exhibits, step inside a tornado, walk on a fog bridge, or walk through the gift shop that carries imaginative gifts for everyone on your list.

The kids are sure to see sea-lions lounging in the sun here on the pier. A must-see is Dark Ride, where the thrill of a rollercoaster meets a state of the art laser tag game. Street performers, whale watching, musical stairs, or sailing adventures, the options are endless at Pier 39.

If you are visiting San Francisco you have to ride on the cable cars. This free museum explains the history of the cable cars in San Francisco as well as gives you a behind the scene look at the powerhouse of the cars and takes you below the city street to the huge cavern that routes the cables.

For more information on awesome adventures in California, check these out. 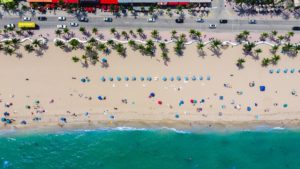 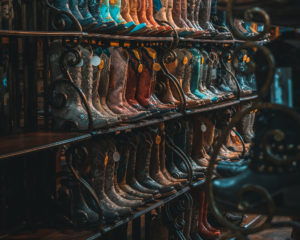